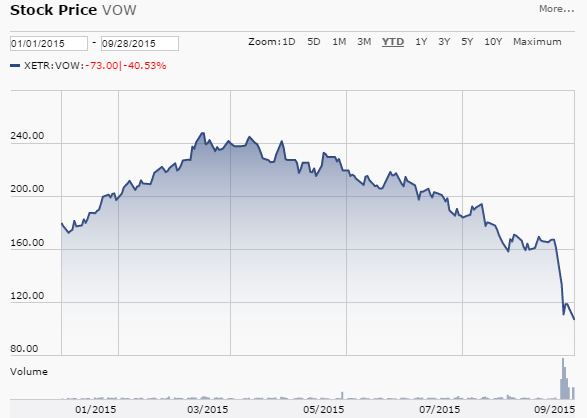 The week I posted a brief analysis of what happened in the Volkswagen case and explained my reasons why I decided not to sell my shares at that time. First of all, I want to thank all of your comments on the post. There have been opinions of all kinds, which shows the complexity of the case and that in the world of investment in the stock market not everything is black or white, but many times there are different shades of gray. After much thought, I have made the decision to sell my Volkswagen shares. In this article I will explain my decision, along with the reasons for buying, holding and selling Volkswagen shares.

The decision to sell my shares in the company has not been easy. In fact, there are more than reasonable grounds for holding and even buying Volkswagen shares right now. Next I will explain the 3 of them, although I encourage you to contribute some more in your comments.

Undoubtedly the main reason why it has cost me so much to sell Volkswagen shares is their valuation. Volkswagen is currently listed at:

It is almost impossible to find such attractive ratios in the stock market right now. However, I always say that analyzes must be both quantitative and qualitative. As Aswath Damodaran always says

"The valuation of companies has two parts: the numbers and the history"

I love the numbers. The problem is that I don't like the story as much, as you can imagine.

Another argument for not selling is that the penalty is possibly much lower than that announced by the media. That may be true, but only half true. At the moment, we are only talking about the sanction by the US administration, which I suppose will be much lower than announced. However, sanctions may come from other countries. And not only monetary. Without going further, Switzerland has just temporarily banned the sale of Volkswagen vehicles that may have the device to hack gas emission tests. This supposes the stoppage of more than 180.000 cars that were ready to be sold. Can there be more cases like this? It is possible, but the truth is that I have no idea and it was something that worried me a lot.

Finally, I also argued that Volkswagen is well positioned for future growth in demand for cars in developing countries. However, this crisis may undermine the company's competitive advantages in the long term, as I will explain below.

Reasons why I have sold my Volkswagen shares

One of the main reasons that have made me sell is the uncertainty in the valuation of the company. For all the reasons that I will explain below, it is impossible for me to make an accurate valuation of the company. I don't know if the company will emerge from the crisis or will end up disappearing. I am almost sure that it will resist or be rescued, but I do not know how long it will take to recover its current image and profitability, nor do I know how to recover it.

However, the main reason that has made me sell Volkswagen shares is the lack of confidence in the company and its management team. I cannot know if this has been their only ruse or if they have committed more illegalities in the past that may come to light soon. Paraphrasing the also German Friedrich Nietzsche in his work "The genealogy of morality":

"What bothers me the most is not that you lied to me, but that, from now on, I will not be able to trust you"

It should be noted that the cause of this crisis in the company has not been negligence, but rather an intentional fraud. The company has willfully misled governments and consumers to make more money. Obviously, although they want us to think otherwise, there had to be many involved in the company at all levels. To make matters worse, they had the hypocrisy and audacity to highlight the ecological character of their cars in their advertisements. 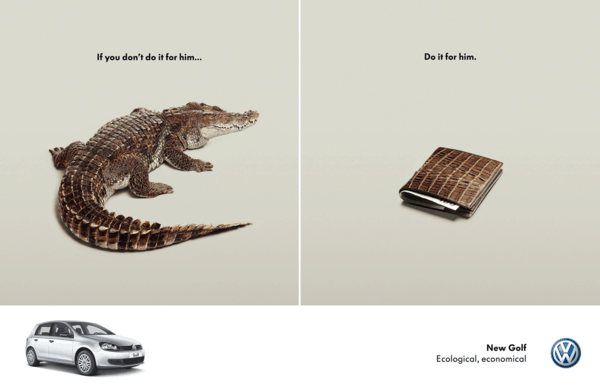 Nor can we forget that the automobile industry is one of the most competitive that exists. Few companies achieve returns that exceed their cost of capital in this sector. This scandal may undermine Volkswagen's ability to compete head-to-head with other companies already on the market and with potentials. new competitors such as Apple with its possible entry into this sector.

In addition, in the long term, both the possible financial penalties that Volkswagen faces and the more than possible decrease in margins and sales will mean that the company has less money to continue investing in R&D and creating attractive vehicles for which consumers are willing to pay premium prices. This can put Volkswagen into a vicious cycle that is very difficult to get out of.

Personally, my perception as a loyal customer of the brand is very negative. As I have already told you, my previous car was a Volkswagen Polo and my current car is a Volkswagen Golf. My experience with both had been really positive and my intention was to remain a Volkswagen customer indefinitely. This has changed and at the moment I think I would not buy cars of this brand again.

Lastly, I like being a shareholder in companies that let me sleep peacefully. I don't want to worry about what new problems the company has to face or whether it will have some other hidden scandal. It does not compensate me for the potential return in relation to the risk and the headaches that it is causing.

Finally, I have decided to sell my Volkswagen shares and assume a loss of more than 40% of the purchase price, which has had a negative impact of approximately 3% on my investment portfolio. It has not been easy, but I think it is the right decision.

Nobody likes to lose money. He repays me. Yet that's the bag. In some operations you win and in others you lose. Our goal as investors is that the operations in which you win outweigh the investments in which you lose. Personally, I am sure it will not be the last operation to go wrong. Mind you, I'm also confident that successful trades will continue to more than compensate for failures like this.

Finally, I want to clarify that selling my shares has been my personal decision. My goal with this analysis is to teach the reasoning behind selling my shares. In no case is it a sales recommendation. Each person must carry out their analysis to decide what to do with their money or their actions at their own risk and expense.

Once again, now it's your turn!

What to do with Volkswagen shares?

Did I make a bad decision to sell my Volkswagen shares?

Should I have kept or bought more?

Have I done the right thing?

I await your comments!