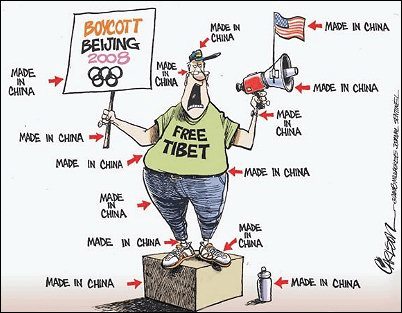 Human beings have the desire to be and, above all, to appear consistent with our actions and beliefs. As with other psychological tendencies, this can be exploited against us by making us make wrong decisions. In this article I will explain what the principle of coherence consists of, examples of it and how to avoid it taking its toll on us.

What is the principle of coherence?

The principle of coherence is what makes us act consistently in accordance with our way of thinking or our previous actions, even if this means going against our personal interest. This principle is also called the principle of commitment or consistency.

The principle of coherence has three aspects:

Next we will see some examples of the principle of coherence that we can see in our lives.

Examples of the principle of consistency

The principle of consistency is used in many areas. For example, in the state of Iowa in the USA, a plan was carried out to promote energy savings. In principle, they tried by training citizens, but that did not have great results. So, they decided to make a small change. With the new method, apart from the training, the names of the families that pledged to save energy would appear in a newspaper advertisement. In this way, they achieved an average gas saving of 12,2% in one month, as families tried to be consistent with their public image. In this case, the principle of coherence achieved a positive result, although it can also be used against us.

For example, we can also see the principle of coherence in the films of the "Back to the Future" saga. In these films, the protagonist, Marty McFly, played by Michael J. Fox, is often tempted by his rival to some kind of risky act. Marty, in principle, refuses, since he knows that it does not suit him. This is when your rival applies the principle of coherence against him saying:

“What's wrong with you, McFly? You are a chicken?"

In this way, the protagonist accepts to show that he is not a chicken and that it is consistent with his bravery, even if his decision is not the most suitable for him.

In the following video you can one of the fragment of the film:

How to avoid the principle of consistency

I leave you the method to avoid falling into the principle of coherence when it plays against us with the explanation of Robert Cialdini in his book "Influence: Science and Practice”:

“To identify and counteract the excessive influence of coherence pressures on our submission decisions, we should be attentive to the messages that reach us from two points within us: the stomach and the heart.

Messages come from our stomach when we realize that the pressures of commitment and coherence drive us to accept requests that we know we do not want to agree to. In such circumstances, it is best to explain to the applicant that agreeing to their request would constitute a form of blind coherence in which we do not want to get involved.

The messages from the heart are different. They are especially useful when we are not sure if we made a mistake in making the initial commitment. It is then that we must ask ourselves the crucial question: "Knowing what I know now, if I could go back in time, would I make the same commitment?" An informative response will come to us with the first flash of feeling that we perceive within ourselves. "

Here you have the summary of the book Influencia de Robert Cialdini, made by Adrián Godás de