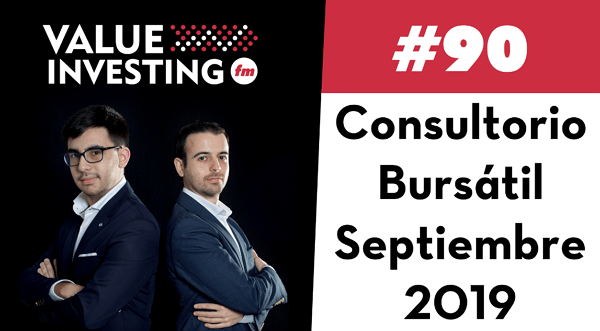 Stock exchange consultation for September 2019 in which Adrián Godás and Paco Lodeiro answer questions from listeners.

On this occasion, we deal with topics such as October meeting in Barcelona, Investing FM, view delayed quotes, Form W-8BEN, ING's 2050 Dinanimo Plan, mainstream investment philosophy, invest in gold, change your mind on investment thesis, books to learn to analyze and value companies, what to look for when choosing a value investment fund, new low cost brokers such as Revolut or Ninetynine or the Another reason.

You can sign up for the Barcelona Meetup on October 20 at the following link: