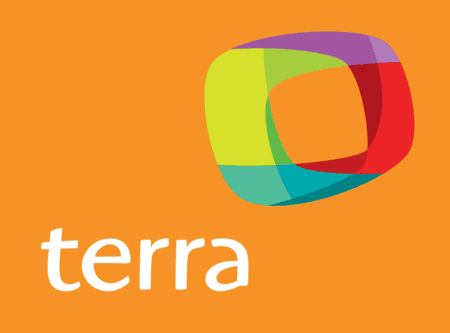 Much has been written about the dotcom bubble in books, scholarly articles, magazines, and forums. This bubble managed to mobilize many citizens attracted by the profitability of a market that did not stop rising. In this article I am going to tell in first person how I experienced the departure of Terrato the stock market and the dot-com bubble, which generated very painful losses in many investors that to this day still remain unhealed.

The environment prior to Terra's IPO

Before going public, Telefónica carried out an intense media campaign encouraging citizens to invest in Terra's IPO. Unlike other investment announcements, this announcement did not focus on concrete figures and data, but what was being sold was something more abstract, investing in Terra was investing in the internet, investing in a promising future.

Terra was listed at € 11,81 per share. I remember perfectly seeing the news on the news at lunchtime. It was on November 17, 1.999, when I was 15 years old. On Terra's first trading day, its price increased by 213,3%. All this optimism and the possibility of earning a lot of money in a short time by investing in technology companies had deeply penetrated me and many thousands of citizens. The cyber gold rush had reached Spain.

I decided to find out more about everything related to Terra by searching the internet. I read newspaper articles, television reports and spoke with people from the #bolsa channel of the Hispanic IRC. All I found was praise for this company, without any criticism. It seemed that you had to be crazy not to buy.

The truth is, I didn't know anything about investing, financial analysis, or competitive advantage. But who needed all that? The only thing that was needed was to buy, since the price would continue to rise to infinity. Furthermore, all journalists and analysts agreed. They weren't all going to be wrong, were they?

Finally, I managed to convince my mother to buy some shares in Terra so as not to lose this great “opportunity” to invest in a company for the future. We buy shares at a price of approximately € 45 per share. The stock continued to rise strongly during the following months. In April 2.000, it peaked at € 157,6 per share, with a market value of over € 40.000 billion, making it the third largest company in the country. We had already virtually tripled our investment, and I regretted having invested too little. Fortunately, in the end I would end up thanking you for this prudence when investing.

The sad end of Terra

Starting in February 2.000, the price of Terra fell without stopping until it touched a low of € 2,75 in October 2.005. All the promises of the future that they had sold us were smoke, and their market price finally reflected reality. On May 28, 2005, Telefónica made a takeover bid for the company at € 5,25 per share, that is, for less than half of the € 11,81 at which it was listed. On February 14, the CNMV suspended Terra's listing on the stock market and finally on July 15, 2005 Terra was listed on the stock market for the last time.

In the end we lost a part of our savings. Fortunately, it wasn't a great deal of money, although I think it was worth it in the end for the lesson learned. The next time you invested in the stock market, you would do it with the necessary knowledge to win. I would never be caught off guard again.

Cinco Días: End for Terra, Spanish pioneer on the Internet