One of the most debated topics in the financial world today is the possible existence of a bubble in fixed income. To study this topic in depth, I will analyze in this article the nominal yield and the real yield of 10-year sovereign bonds throughout their history.

For this analysis I have based 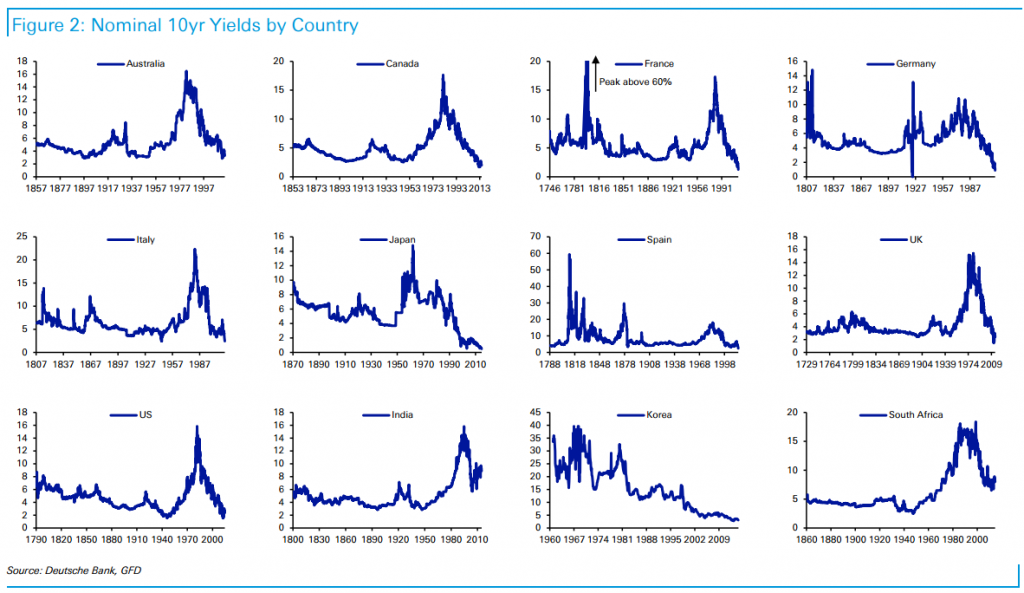 As we can see, most 10-year sovereign bonds have achieved the lowest return in their history in nominal terms. Some of them, such as the French, German or Japanese bond, have returns close to 0%.

In the following graph we can see the historical nominal relative profitability of sovereign bonds: 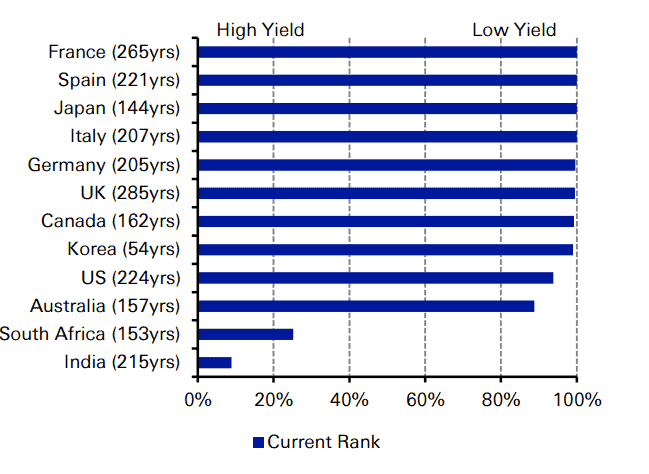 As we can see, nominal profitability is at extremely low levels in 10 of the 12 countries analyzed, all of them developed countries. The only exceptions are India and South Africa, which are developing countries.

The real return is calculated by removing inflation from the nominal return. In the following graph we can see the historical real yield of sovereign bonds:

As we can see in these graphs, the real return on sovereign bonds does not present as extreme a case as the nominal return. This is because global inflation is also at historically low levels.

In the following graph we can see the historical real relative profitability of sovereign bonds, that is, taking inflation into account. 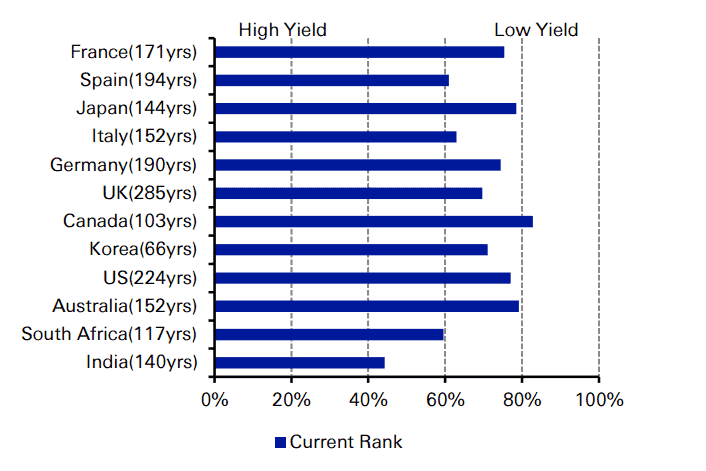 In this case, we can see that in most countries the real yield on bonds is between 60% and 80% of the lowest yields in their history. This assumes that fixed income is historically expensive, but not as expensive as it seems for its nominal return.

Is there a bubble in fixed income?

As we have just seen, the nominal yield of the sovereign bonds of most developed countries is at historical lows. This is a clear indication that we may be experiencing a bubble in fixed income. However, its real profitability, although it remains historically low, is not at such worrying levels.

The big problem with fixed income today is that its profitability is not prepared to compensate investors in the face of moderate rises in inflation. An inflation of between 2% and 3% would mean that the real yield of many of these bonds would be negative. In other words, we would lose purchasing power by investing in these bonds.

Therefore, I consider that the most advisable thing today is to stay away from fixed income, since, in my opinion, it does not offer an adequate return for the risk involved.

I leave you some articles that I recommend you read if you are interested in this topic:

Now is your turn.

Do you think there is a bubble in fixed income? Is it time to invest in sovereign bonds?