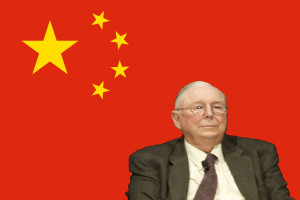 This past week I had the pleasure of hearing once again from one of the most lucid minds in the investment world (and I would almost venture to say the world at large). Is about Charlie Munger, right hand of Warren Buffett, whom you know well because since youI've talked about them around here on more than one occasion.

During the annual meeting of the Daily Journal, the company he presides over, he has left us some of the pearls that his followers are accustomed to. In this article I wanted to highlight Charlie Munger's comments on China and the potential it offers to investors. However, I have also included other reflections on how to face adversity, the importance of multidisciplinarity, the duty of rationality, and how to be successful in life. I hope you like my brief selection of ideas and reflections that show the way of thinking of some of my greatest contemporary referents in terms of rationality and critical thinking.

In this video you have Charlie Munger's Talk at the Daily Journal annual meeting. It's two hours that will be well spent.

I've already seen it twice and I can assure you that I don't have time to spare. 😉

About investing in China

"What I like about China is that it has some very strong companies that are still trading at low prices."

"The Chinese are formidable workers and wonderful employees."

About the Chinese government

"They have a very strong system and the Chinese government is really trying to help their businesses, unlike in India."

On the problems of Chinese society

“The problem with the Chinese is that they like to gamble and they really believe in luck. That's stupid."

“It is admirable what China has achieved. It has not escaped poverty by borrowing money from Europe like the United States did. It was a very poor nation that saved half of its income by being poor. It was incredibly admirable and incredibly effective. "

About investing in China or the United States

"At current prices, a smart Chinese investor would do better investing in China."

Charlie Munger on coping with adversity

“The idea that life is a cluster of adversities and that each one of them gives you the opportunity to act well and not badly is a very very good idea. Without a doubt, I recommend it. "

Charlie Munger on the importance of multidisciplinarity

"I always try to keep the most important ideas of each discipline."

"Often times, the problem in front of you can be solved if you seek ideas outside your discipline."

Charlie Munger on the duty of rationality

"Rationality is a moral duty. If you are capable of being rational, not being so is a moral failure. "

"Even if we're pretty stupid, it's good to be less stupid."

Charlie Munger on how to be successful in life

"If you stay strong and honorable, wake up every morning, are consistent, and are willing to defer rewards, you are going to be successful in life."

My friend Ezra Crangle, author of the Learning Value blog, also has compiled phrases of the meeting with Charlie Munger. In this article I have not repeated any of the ones he has selected, so I encourage you to take a look too. 😉