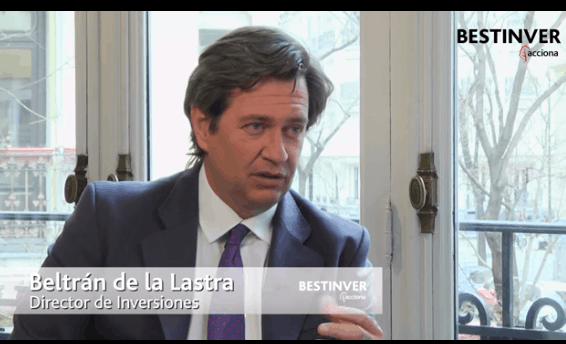 As most of you know, Beltrán de la Lastra is the investment director of circle of competition, focus on what we know best. Our knowledge of China is less than the knowledge we have of Europe. "

“We have some companies that are indirectly exposed to China, some of which we reduced in 2.015 and some of us have kept them in large businesses such as Schindler, for example, in which they have continued to buy back their own shares where they have a business that we know. that is going to be there for the next 5, 10 and 20 years. "

"Predicting the value of a raw material is impossible for us. We do not have the capacity to make that estimate. "

“When you see the assumptions you have to make about the value of the underlying raw material, it is a frankly complicated game. If you add to this that many of these companies have balance sheets with a debt that was prepared for the super cycle of raw materials to last forever, you have a serious problem. "

“These companies have balance sheets sized for an economic environment in their sector that is frankly different from what is real, and that is a time bomb. Investing in these types of companies, I think it becomes speculate not invest.”

“You can find some companies with really solid balance sheets and that can face one, two or three years with oil prices well below what they have estimated in the long term. There I believe that the market may be giving an opportunity. "

"To date we have not bought a single bank in our portfolios at Bestinver."

“We see an increase in the number of shares of many of these companies in which a dilution has been created, some with more noise, others with less noise, but which is frankly significant. Any rebound that an investor expects is going to be conditioned by this. "