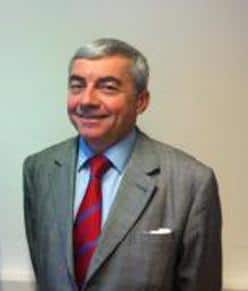 Without a doubt, the Greek state is suffering one of the greatest economic disasters in its history. An exorbitant unemployment, widespread corruption, growing poverty and a recession that seems to be going on for a long time. How is Spain? Yes, but to the beast. Who is going to want to invest in a country with a panorama like this? A “contrarian” value investor, who else?

Jean-Pascal Rolandez, investment manager of the Ulysses LT Funds European General Fund, sees investment opportunities on the Greek stock market. He gives the example of Coca-Cola Hellenic Bottling Company, a company that despite carrying the word "hellenic" in its name, only 8% of its profits come from Greece. The company's business spans Switzerland, Austria, Northern Italy, former Soviet countries, Russia, Nigeria and many other emerging countries, being one of the largest bottling companies in the world. In this interactive map you can see the countries in which the company distributes.

Furthermore, the Coca-Cola bottling companies, despite being independent companies from the Coca-Cola company, are owned by it, which exercises great control over its management. This is positive, making them have a ROE very decent.

Rolandez argues that it is a good investment, since it trades at 6 times its EBITDA, while other Coca-Cola bottlers trade at 8-9 times their EBITDA. However, after analyzing and looking at the company's data in Yahoo Finance, a priori does not currently seem like a bargain, rather the opposite, taking into account that it is listed at a FOR higher than 30. I think there are currently companies much more interesting than this one to invest in, although it is true that I have not analyzed the company in depth.

Of course, I think it is worth exploring for investment opportunities in the Greek stock market, especially in companies that, like the Coca-Cola Hellenic Bottling Company, are focused on international markets and have little exposure to the Hellenic market.