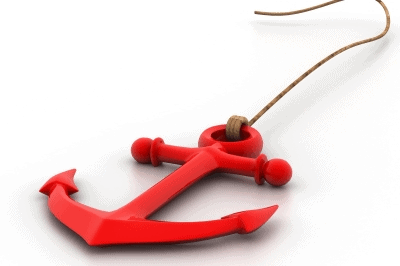 As you know, partly because I keep repeating it, the most important tool for an investor is his brain. To learn how to use it better, we must be aware of the cognitive biases that threaten our reasoning. On this occasion I am going to talk about one that is of great importance in the investment world and that is also one of the most difficult to avoid, the anchoring effect. In this article I will explain what the anchoring effect consists of, some examples and what ways we have to avoid this cognitive prejudice.

What is the anchor effect?

The anchoring effect (“anchoring effect” in English) is a cognitive prejudice caused by the human tendency to give more weight to the first news, argument or evidence that one has about something when making a decision.

Examples of the anchoring effect

The anchor effect has great power, especially in the world of marketing. You will always see in all telemarketing programs, before giving the final price of the product, a series of prices to reinforce an anchoring effect on the viewer and generate the belief that the product for sale has a value similar to the prices that are show at the beginning. In this way, the final price will appear much more attractive to potential buyers.

In the same way, savvy salespeople will always show you an overpriced product first so that others will seem cheap next to them and thus you can more easily decide to make purchasing decisions.

The anchor effect in stock investment

The investment world in general and the stock market in particular are usually quite contaminated by the anchor effect. For example, many people take a past price at which a company has quoted as a reference when estimating its potential for appreciation. This is not correct, as the situation may have totally changed or simply the company may have been highly overvalued by Mister Market.

It may also happen that when analyzing a company we give more importance to the positive data about it if they are the first ones presented to us. For this reason, in presentations to shareholders, good news is always given first, and thus the “less good” news is saved for last.

How to avoid the anchoring effect?

Unfortunately, studies show that the anchoring effect is one of the most difficult to avoid. Even in cases where the anchoring was clearly wrong, the study subjects were influenced by it.

For example, in a study on this cognitive bias, a series of people were divided into 2 groups. The first of them was asked if Gandhi was more than 9 years old when he died and the second was asked if he was less than 140. Although the anchor was clearly wrong, the first group considered Gandhi's age of death on average to be 50 years, while the average in the second was 67, which represents a significant difference.

For the moment, the best means of avoiding the anchor effect that has been shown to work is through experience. Experts in some field were the least inclined to get carried away by this cognitive bias.

Other recommendations to avoid the anchoring effect are:

Links on the anchor effect